So we are three years away from 2018, so it seems like a great time for a special beginning of the year edition of Cosplay Friday. New Years Day is a modern rock band with an apt name for this time of the year. They recently appeared on Punk Goes Pop Volume 7, an album where punk and rock bands cover modern pop songs. They chose Kehlani's "Gangsta." Most famously used as a theme for Harley and the Joker in Suicide Squad, the members of New Years Day decided to go into full cosplay mode with Ash Costello in Harley Quinn regalia. 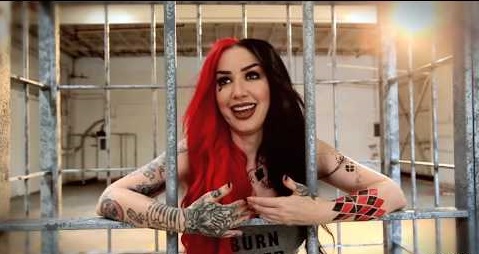 Posted by Nicholas Ahlhelm at 12:58 PM