Too much work, not enough reward

As I continue to work my way back to a regular writing / editing / blogging schedule, I feel it's time to break down some of the walls between real life and the magical faerie world of the internet. After last week's post, I am going to continue my look at my own life on a weekly or biweekly post. So let's get into what's been up lately.

It was something of a hell week at my primary job with about ten hours of overtime collected there on top of my regular sixteen hour side job at the bookstore. The kids went back to school on Wednesday with a bunch of half days which sent my sleeping schedule completely out of wack as well. Coupled with the final move of everything from storage into the new house and it was just too much all at once.

I ended up feeling like rotten skunk garbage by Sunday afternoon. My already troubled left ankle gave out on me and so I ended up missing a night of work. But I'm mending now as I hopefully move into a couple of easier weeks with Labor Day approaching.

Sadly, all that business didn't leave much time to do anything. I finally watched Logan and caught the weird Rosario Dawson / Katherine Heigl film Unforgettable, and I read an old Super Spy graphic novel by Matt Kindt. None were bad, but I didn't think any of them were really as good as I hoped they would be. That was most of the limited free time I had available to me in the week, but I've got several other novels, graphic novels and movies to work my way through in the next few days.

I did get a bit more editing done on the current projects. I'm moving forward nicely with Teel James Glenn's Gunmaster with Dino Force waiting in the wings. I've still not sat down to get quite as into my own writing as I would like, but hopefully in the next few days I'll start that process flowing as well.

With that said, I've got way too much work to do, so let's get on with it!
Posted by Nicholas Ahlhelm at 9:36 AM No comments:

Where I've been, or when life comes with no lemonade 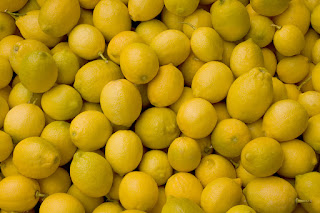 This blog has sat fallow for way too long now. After finally getting things up to a regular schedule, life decided to get in the way of everything. Here's a quick rundown of everything that's went down.
All in all, it's pretty much been the most disastrous summer I've experienced. And I've had some damn rough summers as of late.

Right now, we're about half moved into a new house with the majority of our stuff still stuck in storage. Coupled with the long work weeks and the storm of awfulness, anxiety and depression, it's been challenging to accomplish anything.

But I am hoping to change that in August. I've got two editorial projects in the works now (Pulpsploitation: The Gunmaster and Dino Force.) They will bring an end to my Metahuman Press label, at least as a full-fledged micro-press. At the current time, I do not have it in me to continue publishing and writing. With that in mind, it seemed clear the editing would have to give.

I'm far from done creating nor will I completey give up on new projects with other writers. But I will be looking into a publishing partner for future projects in the near future.

In the mean time, I will continue to blog here and there, update this with things I like and things I think you should like.

Just keep living life. We've only got a finite time and I for one plan on living mine to the fullest.
Posted by Nicholas Ahlhelm at 9:07 AM No comments: