Melinoe is back in a new chapter of Walking Shadows!

Book Three of Walking Shadows continues today as Melinoe again takes the lead. The goddess turned exotic dancer is at the center of a killing spree as the chapter starts, and things start to go bad for her very quickly. 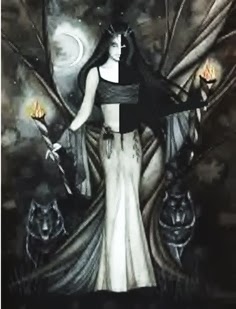 Every page of Walking Shadows is available online to read, and Melinoe is only one of a diverse set of characters. Check out the new chapter today or start from the beginning!

Posted by Nicholas Ahlhelm at 8:35 AM No comments:

I have been buried in a lot of quite writing projects of late, hence the lack of updates for this site in the last few weeks. But at the beginning of April, Camp Nanowrimo started, one of the two sup-novel writing events ran by National Novel Writing Month. I decided to start one that I can talk a little bit about on Super Powered Fiction.

The Spaceman is the one novel I am starting this year that I am fairly certain will be released in 2016. I have three other books in various stages awaiting endings, rewrites and edits, but The Spaceman is one of the four current novel concepts I am sitting on that most felt like it needed to be on the page.

The basic concept is one I have touched on before in the pages of Quadrant, but I really wanted to explore more in an original novel. I am fascinated by the idea of aliens walking among humanity, so much so I produced an anthology called Aliens Among Us

, a sequel to which is in the development stages. But I wanted to take a look at what it would mean if an alien truly tried to replace a human intelligence. The Spaceman of the title is an energy being that inhabits the mind and body of a struggling rock star after he is left nearly dead in a gruesome automobile accident.

From there, the adventure becomes something of a travelogue of our hero's adventures, as well as his interactions with his body's wife, loved ones and acquaintances.

The basic concept is one I have had in my mind for years now, but never quite had the little extra to make it gel. But I have recently hit on inspirations that made me understand the directions I wanted to take the novel in: the writings of Jack Kerouac, the poetry of Allen Ginsberg, the music of David Bowie and an oddball 80s television show called The Phoenix. Each had bits and pieces I took inspiration from and all of them will go into The Spaceman.

As I write this, I'm about ten thousand words into the new book, a bit behind my planned schedule but still on track to finish at least the first third of the novel by month's end. It already has went in directions my work hasn't traveled before, but I am sure I will talk more about that in future installments of this column.

And with that I have only one thing left to say: keep reading and I'll keep writing.

Posted by Nicholas Ahlhelm at 4:10 PM No comments: