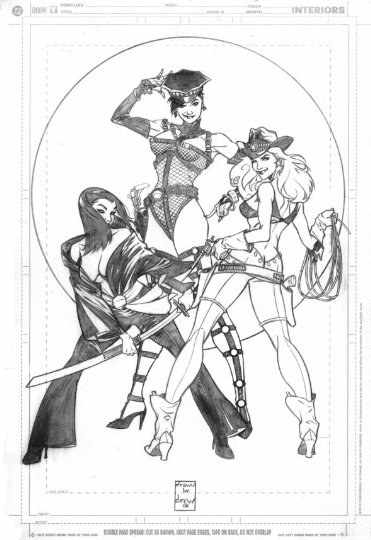 Remember to check out more great art at the Tumblr.
Posted by Nicholas Ahlhelm at 7:00 AM No comments:

As Super Powered Fiction starts to update a little more regularly again, it seems time to remind everyone of the great cosplays here and on the tumblr. Today we look at the amazing Noxi as she makes a character absolutely work in a gender bent version of Ghost Rider.

As always, you can check out a lot more great Cosplay pictures over on the Tumblr. And while you are admiring some great cosplay here, don’t forget to check out some of the other great stuff from SuperPoweredFiction.com! 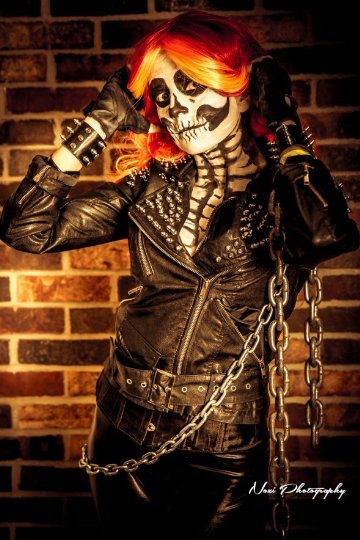 Posted by Nicholas Ahlhelm at 7:00 AM No comments:

Short Shots are quick story ideas I will sometimes release as a pay what you want release or for free. 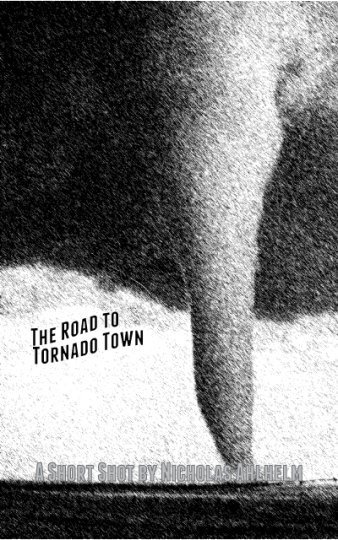 Road to Tornado Town is an idea that has been floating around my head for quite some time. Post-apocalyptic fiction seems to be everywhere right now. I have always enjoyed a lot of it, but I really wanted to try my hand at putting my own touch on it. Hence, Tornado Town was born.

This Short Shot is an introduction to the universe and the concept, but will be far from its last appearance. I plan to put together a Tornado Town anthology at some point that will expand the world and introduce a slew of characters for the series.

Stay tuned for more news about that in the months ahead. Meanwhile head over to Smashwords where you can pay whatever you want for this great short story!

I have talked about favorite heroes a lot in previous installments of this column. Now it’s time to talk about villains. And not just any villains, one of the greatest groups of villains ever in the history of professional wrestling.

They may not have been around for long, but the Straight Edge Society was evil like no one else in wrestling. The brainchild of CM Punk, the Straight Edge Society’s origins lie in the fact that Punk was simply removed from the main event for no good reason whatsoever. His answer was to build an organization around himself that could cement his story position for months to come. And he set out to do it in an amazing way.

Up until this point in his WWE career, Punk was a hero, a man proud of his straight edge lifestyle, of remaining drug and alcohol free. His big catch phrase was “I’m addicted to wrestling.” He used that to become a two time World champion, but during his second run he also used that to draw boos, declaring himself better than everyone else as all the fans were just drug-addled addicts.

But it wasn’t until he lost that title until the true calling card of the new status as a bad guy began. He recruited Festus, a seemingly brain dead redneck that turned in to a monster in the ring. He revealed that Festus was really an addict and after cleaning up the big man, made him Luke Gallows the first member of his Straight Edge Society.

Gallows’ loyalty quickly proved to be much more than just friendship or gratefulness. He seemed to worship CM Punk and soon he wouldn’t be alone. He started to preach on every episode of WWE Smackdown and more and more he sounded like some dark parody of a television minister. He pulled in fans from the crowd and shaved their heads in the ring.

He would soon recruit a woman from the audience named Serena and a third figure, a hooded man that would interfere in their matches. He entered a long running feud with Rey Mysterio and it was here the Antichrist imagery really came to light.

CM Punk was the devil and the Straight Edge Society were his dark disciples.

The former Joey Mercury, now under the more biblical name Joseph Mercury became his final protégé. They would battle Mysterio for several months. Mysterio was known for the Christian imagery on his gear and his Catholic upbringing, and because of this the Straight Edge Society seemed bent on making his life a living hell.

Ultimately he would lose both his feud and his hair to Rey Mysterio, but the SES would remain loyal to their new dark master.

Punk had become the biggest villain of 2010 by leaps and bounds, but in wrestling event he greatest stories are destined to fail. A feud with Big Show started out well. The group took credit for breaking Big Show’s hand.

But the feud would ultimately lead to the giant dismantling each member of the team. Mercury would go out hurt, Serena was excommunicated and legitimately fired from the company. Weeks later, Punk would lay out Gallows and end the Society once and for all. Gallows would soon be released from the company as well.

Ultimately, the Straight Edge Society fizzled far too fast, but as a group, they showed what subtle imagery could do to quickly turn a seemingly good natured concept in to a very dark evil thing. It would mark the high point of Punk as a villain and mark him as one of the most hated figures in modern day pro wrestling. It was the height of his career.

At least, until he dropped a pipe bomb a year later.
Posted by Nicholas Ahlhelm at 7:00 AM No comments: 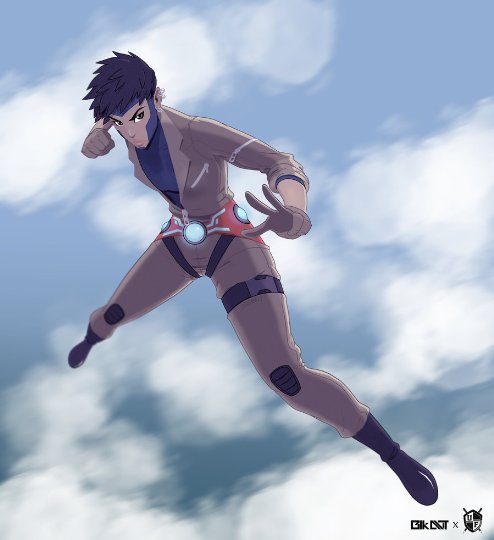 I stumbled upon the work of the talented Tony “Antboy” Piper on DeviantArt. Here is his amazing art on the Young Justice version of Rocket. Source. Character owned by Milestone / DC Comics.

Remember to check out more great art at the Tumblr.
Posted by Nicholas Ahlhelm at 7:00 AM No comments:

Prepare for the secret origin of Marilyn in today's Walking Shadows!

After months of building up to the revelation of Marilyn's very nature, it all comes to a head this week over at my serialized novel, Walking Shadows.

Marilyn takes a trip into her past, but it is also a trip into the 50s era Then segments we've been seeing for months. What happened to Meredith Munro and what is her relationship to Marilyn? Find out as Chapter 21 kicks off today!

Head over to Walking Shadows and read today's chapter!

Or go back to the beginning and check out the whole saga!
Posted by Nicholas Ahlhelm at 11:30 AM No comments:

Pick up your copy of Lightweight: Beyond!

After two successful volumes in the last two years, I raised money through Kickstarter to make the third volume of the Lightweight series, Lightweight: Beyond, a reality late last year. The book was released to backers in the end of March.

Now I am proud to announce its wide release to fans nationwide and worldwide.
This new volume tells the tale of Kevin's inadvertent trip to another world and both the galactic level threats and the political players that want to use him for their own needs. The mysteries of Kevin's origins on Earth take a far wider implication when he finds himself on a world that another "Lightbringer" ravaged centuries before.

Meanwhile back on Earth, Millie hopes to find her lost friend. Her quest brings her into contact with two other inheritors of the Lightweight name, even as she stumbles closer and closer to the truth of Kevin's new whereabouts.

Everything builds to a pulse-pounding fight to the death, one that Lightweight may not survive.

Lightweight: Beyond is now available in paperback format and Kindle editions from Amazon. Special order copies are also available wherever books are sold.
Posted by Nicholas Ahlhelm at 7:00 AM No comments: