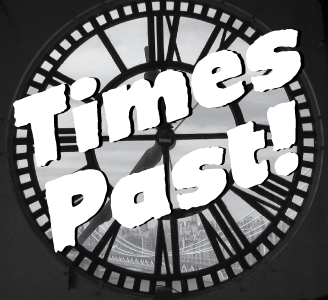 Last year, I set out to publish 52 things over the course of 2014 and I accomplished that goal by the skin of my teeth. I’m not out to do something quite so foolhardy for 2015, but I do love the idea of creating something with a theme behind it. With that in mind, I am proud to announce that the history of the Quadrant Universe is set to expand in big ways for 2015.

Welcome to TIMES PAST.

This initiative will kickoff with Pulpsploitation when it launches in February. From there, it will start to leak into the ongoing Walking Shadows narrative and into the second season of Lightweight when it launches on Kickstarter. From there, it will expand into at least two new novels before 2015 is out and a few short stories that will leak out as well. One of those novels currently titled simply 1812, should launch around early summer.

This does come with a delay in a few ongoing projects. F.O.R.C.E. will go quarterly in 2015 and once the current run of Quadrant completes in the next few weeks, it will take the rest of the year on hiatus. But I hope the disappearance of those two works will be made up for by some really great action elsewhere.

Stay tuned for more on all these works as 2015 continues, but in the mean time, why not check out Out For Vengeance, one of my first entries into the past of the Quadrant Universe.

This post repeats from the old site.
Posted by Nicholas Ahlhelm at 1:30 AM No comments:

Email ThisBlogThis!Share to TwitterShare to FacebookShare to Pinterest
Labels: F.O.R.C.E., Out For Vengeance, Quadrant, Quadrant Universe, superhero prose, Times Past 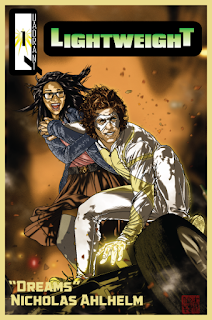 ”, the first story in the Lightweight cycle in a recent review round-up.

I can tell you he gives it a glowing review, but head over to the Superhero Novels site to read it all, plus reviews of several other great novels!
Posted by Nicholas Ahlhelm at 1:30 AM No comments:

For a lot of kids the first superhero they fell in love with is Spider-Man or Superman or Batman. Maybe the Hulk. My earliest memory of superheroes probably was Richard Donner’s Superman, but he wasn’t my favorite hero from early childhood.

No, that was Iceman.

Read more »
Posted by Nicholas Ahlhelm at 1:30 AM No comments:

Christian Zanier is a name involved with comics for years, dating back to the early days of Buffy comics and Rising Stars. Now he is coming back to comics with a new series from Boundless that is crowdfunding now. While it is definitely fully funded, the new character looks like a lot of fun. Give Ember a look at Kickstarter.

Posted by Nicholas Ahlhelm at 1:30 AM No comments:

Head over to Tumblr for more Great Art! 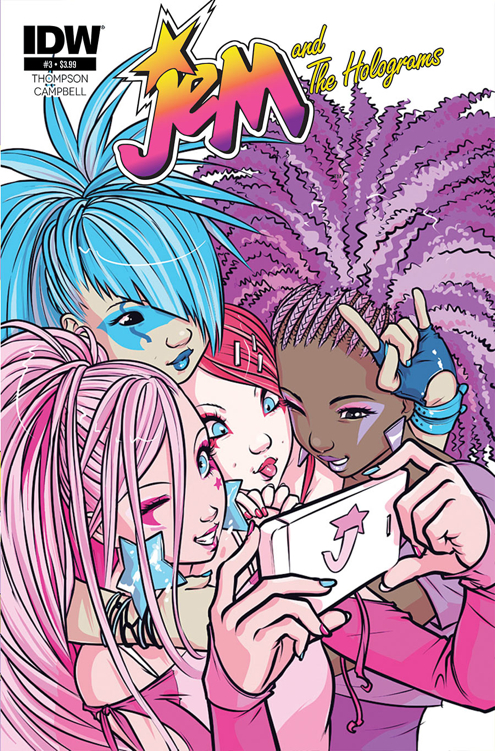 This is just a friendly reminder that the Great Art feature, while awesome, will no longer be appearing here on the main blog. But do not worry, fine followers! It is now part of my Tumblr site where you will find one or two updates for it every single day.

To make things convenient for you fine folks out there looking for content, I have even included a handy link on the top of the page that will take you to the art feature on Tumblr. How is that for service, folks?

Head on over there and check out more great stuff like the cover for Jem & The Holograms 3 by Ross Campbell.

Posted by Nicholas Ahlhelm at 3:22 AM No comments:

Welcome to a new column where I focus on what I'm reading, watching, listening to or playing in any given week. I will do this for the most part through the handy power of Amazon links. Using these links helps put a few shekels in to the site and its administrators.

Posted by Nicholas Ahlhelm at 1:30 AM No comments:

So, we are back online now. The site suffered a fatal crash which my ISP offered absolutely no assistance in fixing. Even the back-ups they were supposed to have are apparently corrupted. Because of that, I have been forced to start SuperPoweredFiction and its sister sites completely anew.

It is certainly a setback for me and the site, but it will also give me time to pull things back together again here and on the sub-sites. Hopefully that will result in a cleaner interface for everyone involved.

Monday will kick off the regularly scheduled programming on the site with a new Kickstart the Week and we will continue from there. In the mean time, thanks for reading and being part of the SPF and Quadrant Universe fanbase.
Posted by Nicholas Ahlhelm at 7:04 PM No comments: