Over the last few years, Mexican artist Rafael Gallur has become a go to painter for action. A regular painter of amazing lucha libre magazine covers, he channels the energy of Frazetta into modern cover art, something very lacking on this side of the border. And since his art doesn't quite fit into the usual comic-oriented Great Art feature, I thought it was time to give him his own feature here at Super Powered Fiction. Few painters can match the power he brings.

Unlike a lot of his work, Super Nena (or Supernena, as I've seen it written both ways) isn't an actual star of lucha libre. Created for the fiction magazine Sensacional Del Luchas, she allowed some female led stories with a whole lot of T and A. But because of her original nature, it sure looks like she was set up to be a bit more super than some of the other luchadors in the book. She definitely has a Catwoman vibe with her whip as a weapon. This cover seems to pit her against evil duplicates of herself, ones willing to use automatic weapons and murder wantonly. There's a great story there I suspect!

Be sure to head over to Gallur's DeviantArt to check out more work by him and order some of his amazing work as prints. After you're done admiring his work, don’t forget to check out some of the other great stuff from me this week! 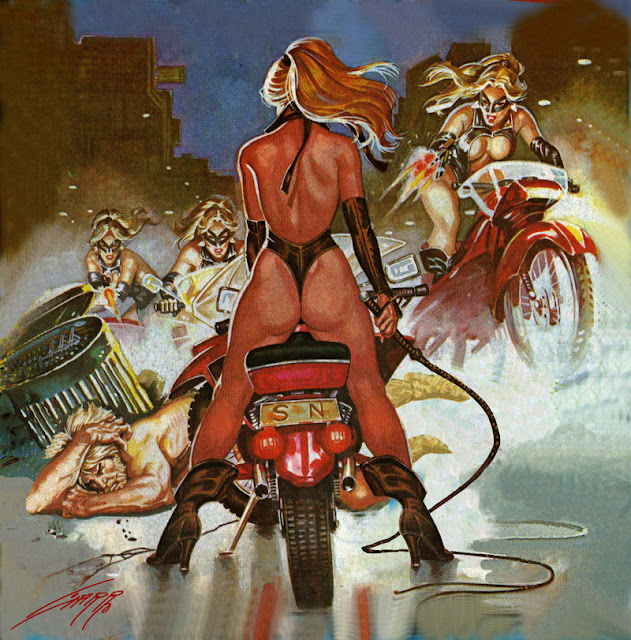 Posted by Nicholas Ahlhelm at 9:00 AM