After a nasty stomach bug, I'm getting off to my week a bit late, but I feel this project is worth a mention even if it is already Tuesday.

The occult and detective fiction have been linked pretty much since the origins of detectives in fiction. (Thanks, Edgar Allan Poe!) But it isn't as often that the concept of the occult detective gets played up in fiction the way it once was. Sure, Harry Dresden and Anita Blake technically fit the bill, but they never come with the sense of impending dread one usually thinks about when the two come together. 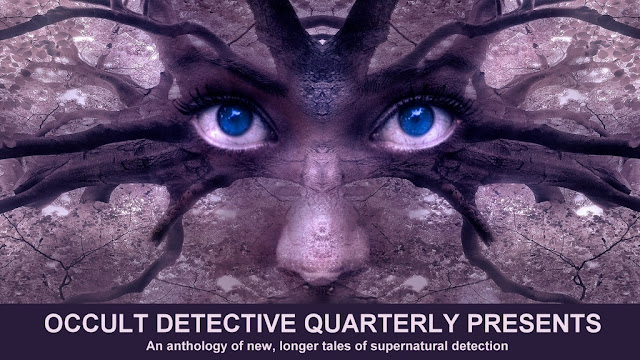 Occult Detective Quarterly Presents is a new outlet for the detectives of the supernatural. With several creators already lined up for the first issue, the book looks to clock in at a pretty decent page count as well. Plus, it will carry full illustrations for each story, always a fun way to raise the sense of foreboding horror!

Check it out on Kickstarter and help make this new series a reality!
Posted by Nicholas Ahlhelm at 8:39 AM