It's been a long road already for Shockwave but as the August releases kickoff at Patreon, it's clear he's got much more ahead of him! The secret history of Paradox's two ruling families are opened, even as new threats appear to endanger his friends and families back home on Earth! Noah Logan's life only gets more complicated as his saga continues in Shockwave 4: When it all comes down. His tale launches August 6th. 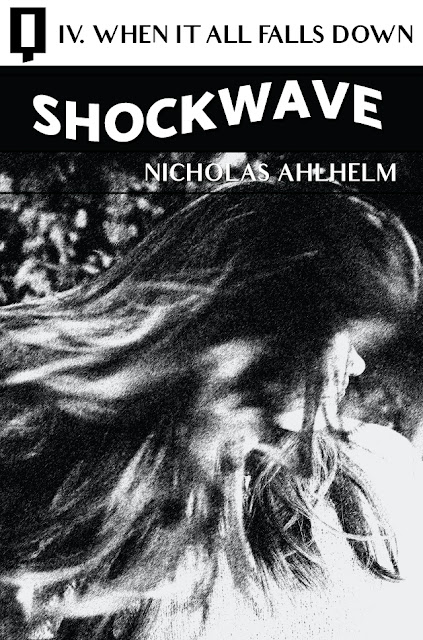 Though her appearances have been few, Backoff plays a pivotal role in the history of the Quadrant Universe. In his second tale spanning the history and scope of the entire galaxy, Doctor Cosmic brings the story of her earliest days as a superhuman as well as the dark moment that changes the very course of the universe for years to come! That's all available now in Doctor Cosmic Presents 2: Last Breath. The tale drops on the 20th of August! 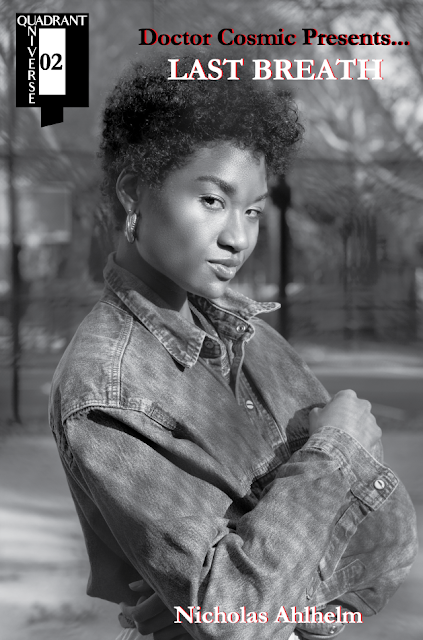 Both these stories will be available for pre-order on Smashwords shortly, but if you want to read them months before everyone else, subscribe to Patreon. For just five bucks a month, you get both these stories and an entire back catalog of tales. It's one of the best deals in superhero fiction today!
Posted by Nicholas Ahlhelm at 12:46 PM